A Quick Intro to Using a Flashlight for Self Defense 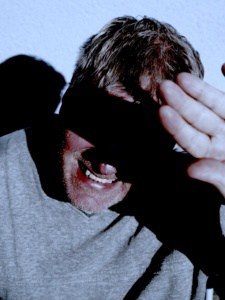 There are three primary ways that you can be using a flashlight for self-defense.

Do not discount the power of a flashlight casing as a weapon. Some flashlights, such as a Maglite, can weigh several pounds and quickly cause an attacker to disengage.

Fenix Flashlights offers 5 ways to use a flashlight for self-defense.

Let’s take these three primary methods of self-defense and go more in-depth with each one to explore the potential benefits.

It only takes 960 lumens to temporarily blind someone if the light is shined directly into their eyes. If your flashlight has this type of power, then you can just turn it on and shine the flashlight into their face. As they stumble about in a momentary disorientation, you have the chance to escape on foot.

Police magazine offers a more in-depth look at tactical lighting levels and how they can be used to help protect you from danger.

This video will also show you what happens when someone is exposed to a bright light so you can see how effective this option can be for self-defense.

Sometimes a potential attacker isn’t close enough to your flashlight for the beam to have enough effective lumens for potential blinding. In this situation, a strobe function can serve as an alternative self-defense tool. The strobe action will not blind the attacker, but it will change the environment into a “freeze frame” visual that can make it difficult to track your location. Many tactical flashlights have this feature installed.

This video can take you through the process of using a strobe light for self-defense.

#3. A Flashlight as a Weapon

There are many ways you can use your flashlight as a weapon. If you have a miniature flashlight, just grip it in your fist. This will give added weight to your punch if it connects, which can allow you to stop an attacker quickly.

If you have the time to unscrew the lens of your flashlight, then do so. Then turn the flashlight on. Connecting with an attacker with a live flashlight that is exposed will create the same effect as having a small, hot box knife.

Large flashlights can also be effectively used as a club in self-defense situations.

For smaller, more lightweight flashlights, you may also be able to remove the battery and then flatten the casing with your foot. This will give you an effective weapon for self-defense as well.

You never know when you might need to be using a flashlight for self-defense. For that reason, it pays to be prepared so that if the worst-case scenario does happen, you’ll be able to effectively protect yourself.